As in Minecraft, the word "entity" can be used to refer to any objects in the game that are not blocks in the three-dimensional grid that makes up the Lunacraft world. Most of these objects can have a position that is not precisely aligned with the grid, and many of them can be rotated at an arbitrary angle.

The following are all "entities":

Unlike normal blocks, all entities are visible in complete darkness: 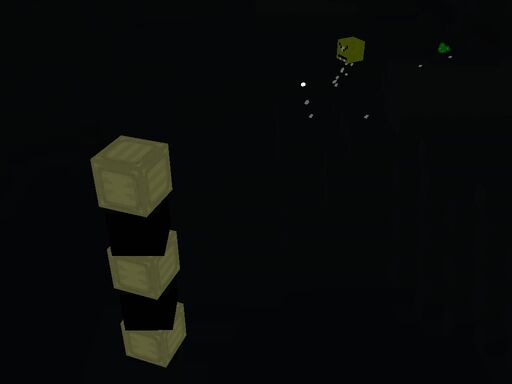 Turrets attack a Green Mob in the complete darkness just before dawn.

All entities are invisible if they are behind another block, even a highly transparent block such as Glass. 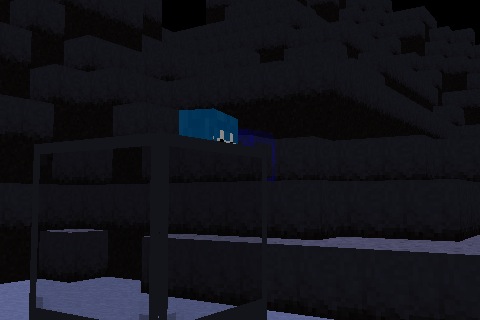 A Blue I partly obscured by glass

Internally, all entities are stored in a separate file from the terrain (map) data.