There is a bug in Lunacraft that sometimes causes the player to end up inside solid rock. The bug can be exploited to see through solid rock. This makes it easy to find Blue Crystal and Astronaut Lairs, among other uses.

You will now be "inside" the block that you placed above your head in step 2. The view will look strange, with most of the ground becoming invisible. You'll see sky (color if it's daytime, or black with stars at night) and various bits of terrain and probably some underground blocks. Here are a couple examples: 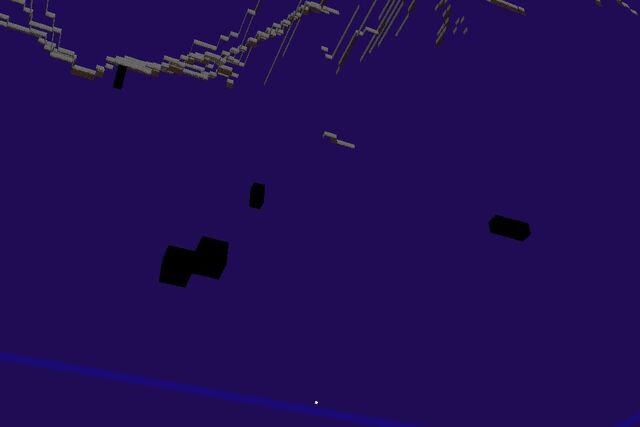 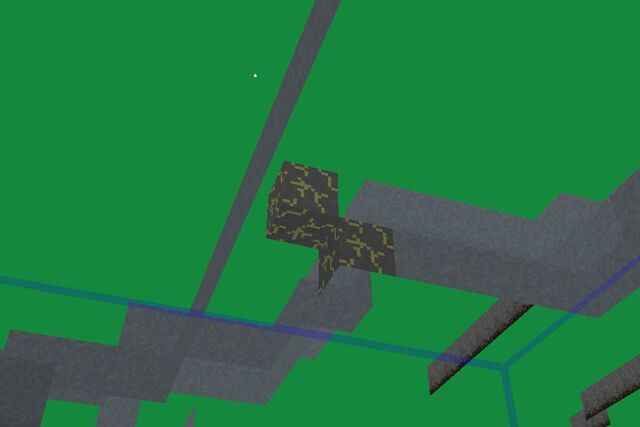 Some Gold Ore blocks inside ice seen from below

Since your head is inside solid rock, you're trapped. To "escape", look in any direction and drill, which will remove the block that your head was in. You can do this even if you don't have a drill (if you are holding no object, press the action button to "punch" with your fist. It takes a long time, but eventually the block will be broken.).

If necessary, drill one or two more blocks straight up until you have light, then jump back out.

Instead of digging straight down, you can get the transparency bug inside any corridor that is two blocks high. Just look down and place a block at your feet, and you'll be pushed up into the ceiling.

The transparency bug can also happen in certain situations where you're jumping and/or walking into a block that is above empty space. See the article on One-way Doors for examples.

This method was originally described by Scooter8pie in a comment in the Blue Crystal article.